Among others, it also defines the  Neighbor Discovery Protocol (NDP), which replaces ARP!

Let’s have a look at the regular ICMPv6 packet:

All the ICMPv6 Types and Codes

The different types and codes for the various types of messages are defined in the following table. As you can see, there are some similarities to ICMP for IPv4, so not everything is probably new to you. 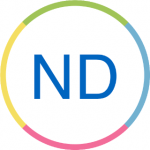 Now it’s time to look at the different ICMPv6 message types, starting with the Neighbor Discovery Protocol (ND or NDP).

It is a Layer 2 protocol and is >used:

>As a quick side note we have to talk about a special multicast address, which was defined in RFC4291 and is called the Solicited-Node Multicast Address.

For every IPv6 address there is one – and the specific multicast group must be joined.

It is also used for Neighbor Discovery (similar to ARP) and to make sure an address is unique. We will go into detail about this at a later stage of this course.

To find or generate the Solicited-Node Multicast Address of a specific IPv6 address, simply follow these rules: 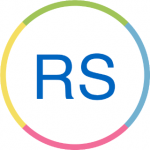 The host sends a Router Solicitation or RS to the “all routers” multicast group (ff02::2), to receive the prefix (network) information and the address of routers on the locally connected link. 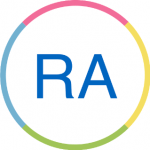 A router sends a periodic Router Advertisement or RA to the “all hosts” multicast group (ff02::1), to announce the prefix (network) information and its own address  to be used by clients on the locally connected link or network.

As you might have guessed, this type of message is also used as a reply to Router Solicitation (RS)  sent by a client.

In the Router Advertisement message a preference can be set (low, medium, high), in case a single router should be preferred by hosts on the link. The network administrator has the possibility to announce multiple routers that can be used as a gateway or default route out of the local network and still set a priority and preferred router to be used first. If this primary router somehow loses its connection to the network, maybe because it breaks down, the entry times out of the corresponding tables on the clients and they will use the next-best router on the network instead. 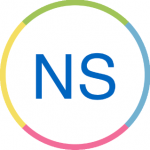 It is used to find the Link Layer address, so the Layer 2 or MAC address of another host to establish ethernet communication. A Neighbor Solicitation (NS) is sent to the solicited-node multicast address of the neighbor (like ARP in IPv4) .

also, a NS is sent to unicast address of neighbor, to find out if it is still alive and reachable 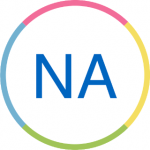 This message is used to reply to Neighbor Solicitation (NS) message

The Redirect message is ICMPv6 Type 137 and the last message type.

A redirect message is sent by routers to tell hosts that there is a better next hop for a target that was directed to the specific router.

For example – the default router for a client subnet has a next-hop for a destination network, which (the next-hop) is also on the same local network. It would not make much sense for the router to receive all this traffic just to forward it back on the same LAN to the next-hop router. Instead, a redirect message is sent to the client, so the client may address the destination directly via the best next-hop on the local network.

You have learned before, that in IPv6 there is no ARP anymore. Instead there is ICMPv6 and the Solicited-Node Multicast address, but how does that all fit together? Let’s find the answers in the following chapters.

The IPv6 Neighbor Cache  keeps Track of all Neighbors

The neighbor cache is a table on a device (host or router) which lists all neighbors that have been communicated with recently.

The neighbor cache contains the MAC address of the corresponding IPv6 address and a flag, if it is a router or a host

The neighbor cache also lists reachability information (similar to the ARP cache of IPv4), so if a device is not seen for some time, it is aged out and ultimately dropped form the neighbor cache table.

The destination cache lists all targets that have been communicated with recently.

Reachability states are kept in the tables for each neighbor. The following states are defined: